Compared to zoos, public aquariums tend to be rather new institutions; while many American zoos are over a century old, many of the nation's greatest aquariums have opened up in the last thirty years or so.  Among these is the Newport Aquarium, located across the Ohio River from Cincinnati, Ohio.  Compared to many aquariums, the collection is very... fish-focused.  There are no marine mammals - no mammals at all, actually, at the time I visited - and the bird collection is limited to penguins.  Here, the fish are the stars.

It would perhaps not be a mistake to say that the reputation of the facility rests on the back of one fish - the bowmouth guitarfish, also known as the shark ray.  The Newport Aquarium was the first in America to display this unique species, and still has the largest number of the fish in this country; at the beginning of this year, it also celebrated the first captive breeding of the species, though unfortunately none of the pups survived.  The four shark rays share their massive home with several other sharks - sand tigers, nurses, black- and white-tip reefs - as well as rays, groupers, and a massive loggerhead turtle, among other sea creatures.  This enormous habitat can be viewed from several vantage points, including  the spectacular Shark Ray Theater, where feeding demonstrations take place behind, from above, and from an incredible tunnel which passes through the exhibit, allowing sharks to swim above, around, and even below the feet of delighted aquarium visitors. 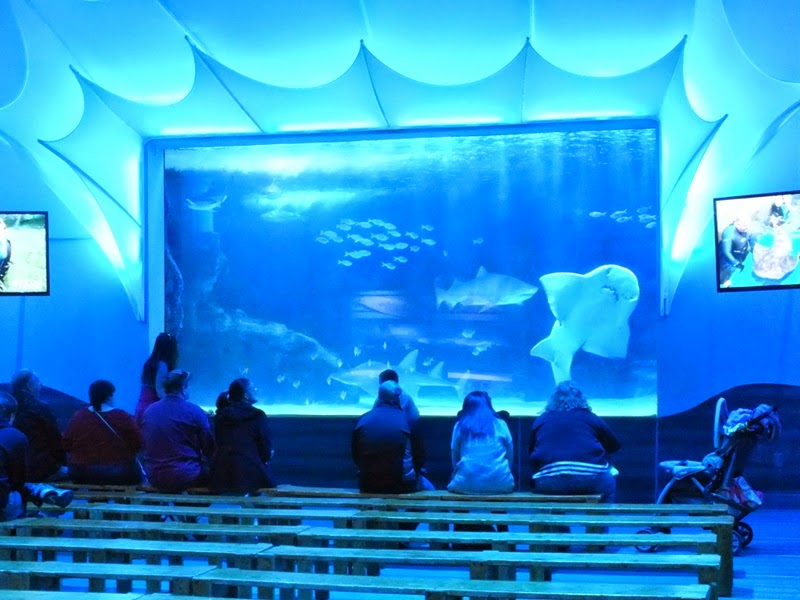 Shark rays are only one of the extraordinary aquatic creatures displayed at Newport.  Other exhibits include the Pacific giant octopus, the Japanese spider crab, and a psychedelic jellyfish gallery, where different species of jellies and nettles drift behind gilt frames and beneath eerie lighting.  A separate gallery takes visitors through the rivers of the world, taking guests on a tour of aquatic habitats from the Rio Negro and the Congo to the waterways of northern Kentucky.  The planners of the aquarium apparently had a special fondness for tunnels - in addition to the main shark ray exhibit, there are also tunnels through a coral reef, a Pacific coastline, and an Amazon river forest, where arapaima, pacu, and catfish swim through flooded temple ruins.

Not all of the creatures on display at Newport are fish and marine invertebrates.  Special galleries also highlighted frogs, turtles and tortoises, and crocodilians; the later was home, at the time of my visit, to "Mighty Mike", a fifteen-foot long American alligator, as well as a pair of white alligators and the juvenile forms of many other crocodilians.  The final exhibit most visitors see (besides a last look at the shark ray exhibit) is the penguin habitat, where five species of Antarctic/sub-Antarctic penguins splash and dive in front of guests.

What impressed me the most about Newport Aquarium was the interactive nature.  Everywhere I looked, guests were actively engaged with staff and volunteers.  There were two touch tank areas - one featuring traditional touch tank species (sea stars, snails, etc), another with small sharks.  There was also a tortoise encounter area.  It was a relatively slow day when I visited, so a small flock of African penguins was taken for a stroll down the halls of the aquarium; visitors also have the option of booking private encounters with the aquarium's penguin ambassadors.  Signage was interactive, with lots of video clips and rotating signage.  There were several feeding demonstrations and keeper talks throughout the day, giving guests plenty of chances to meet with staff.  Volunteers seemed to be everywhere.  The frog area was especially noteworthy for its interactive nature - kids (and adults) could play Frogger, listen to recorded frog calls, or climb through a frog-themed jungle gym. 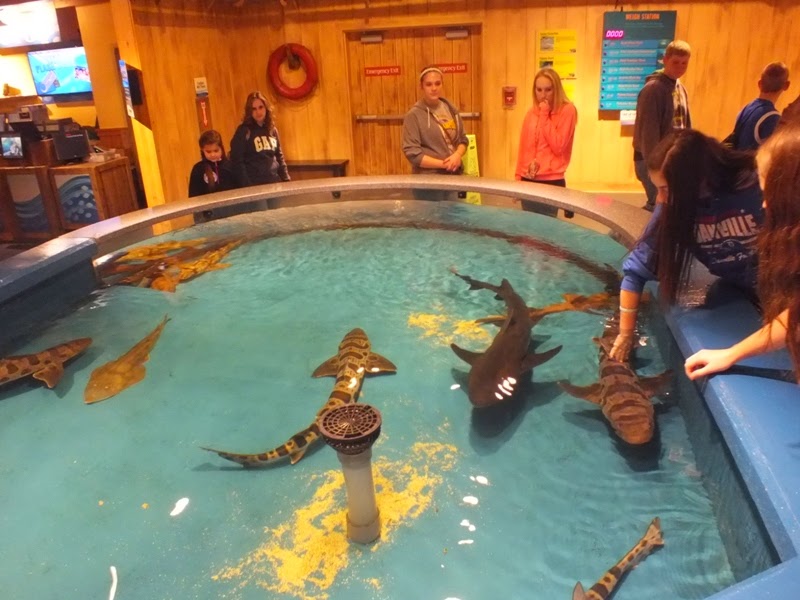 If I had one complaint about Newport, it would be that at times the fun, interactive nature got to be... too much.  Whenever I tried finding a quiet time to sit and watch the penguins, it seemed like yet another pep-rally-style penguin talk was starting.  My time spent watching the shark rays in Shark Ray Theater was limited by how long I could put up with the constantly looping educational video, which was very geared towards kids.  It could see it all being great for energizing and engaging young visitors, but for someone who just wanted to observe animals, it could be a bit overwhelming and exasperating.

I've never considered myself much of an aquatics person, and when I visit an aquarium I tend to gravitate towards the birds, the mammals, and the reptiles and amphibians.  My visit to Newport Aquarium, however, left me with increased interest in the life aquatic... and how great an aquarium can be if it concentrates on being an aquarium. 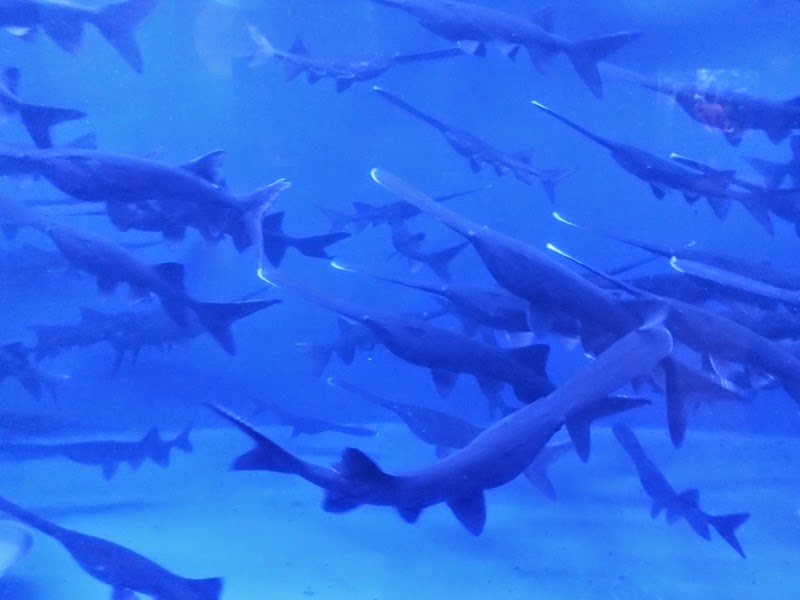